The nationally recognized historic site of Batsto Village is located in Wharton State Forest in Southern New Jersey. The Village has changed and survived through hundreds of years of American history, and evidence shows several thousand years of land use. Archeological investigations have even discovered remains of Prehistoric life in the Batsto area. 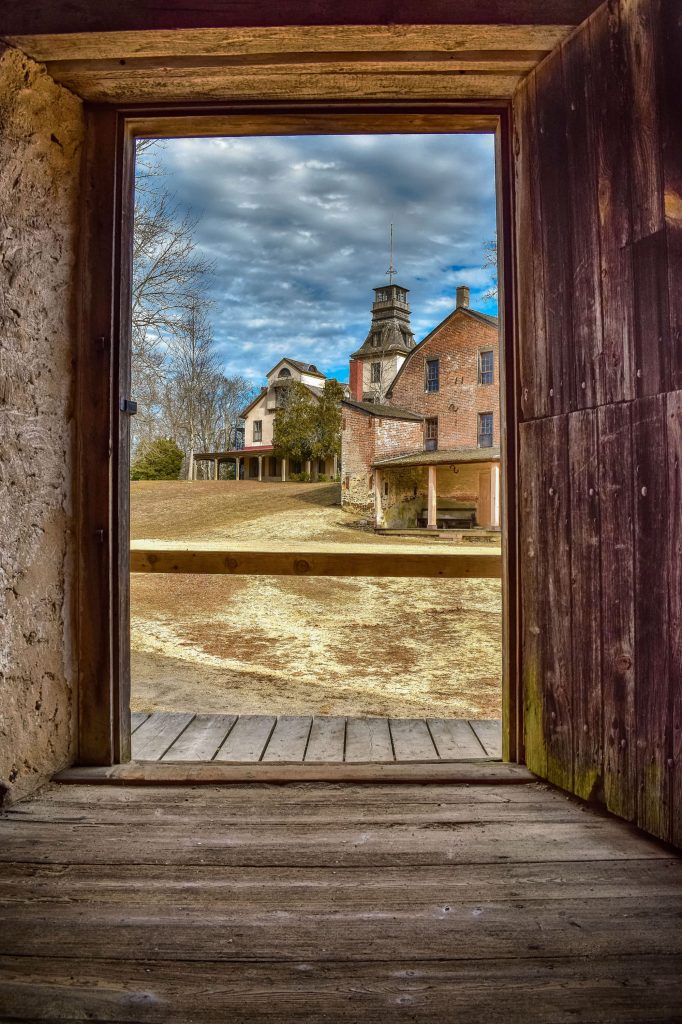 Charles Read is credited with building the Batsto Iron Works along the Batsto River in 1766. Batsto had the natural resources necessary for making iron. There was bog ore which was “mined” from the banks of the streams and rivers, wood from the forests became the charcoal for fuel, and water became the power for manufacturing.

The Iron Works produced household items, such as cooking pots and kettles. During the Revolutionary War years, Batsto manufactured supplies for the Continental Army.

Manager Joseph Ball became owner of Batsto Iron Works in 1779. John Cox, a Philadelphia businessman, became part owner of the plant in 1770, and full owner by 1773.

In 1784, William Richards, uncle of Joseph Ball, became a major owner of Batsto Iron Works. The Richards’ era at Batsto would last for 92 years. William was ironmaster until he retired in 1809; his son Jesse took charge until his death in 1854; Jesse was followed by his son Thomas H.

Iron production declined in the mid-1800s, and Batsto became a glassmaking community known for its window glass. Soon the glass business declined as well, and Batsto fell into receivership.

Joseph Wharton, a Philadelphia businessman, purchased Batsto in 1876 at a Masters Sale, and purchased property in the area surrounding Batsto. Wharton made improvements on the mansion and on many of the village buildings. He was also involved in a variety of forestry and agricultural endeavors.

Joseph Wharton died in 1909. From his death until 1954, the Wharton properties in the Pine Barrens were managed by the Girard Trust Company in Philadelphia.

New Jersey purchased the Wharton properties in the mid-1950s, and began planning for the use and development of the property. The few people still living in the Village houses remained for as long as they wanted; in 1989 that the last house was vacated.

Today Batsto Village is a recognized New Jersey Historic site, and is listed on the New Jersey and National Register of Historic Places.